The slate is set for a late winter of snow, ice, high winds and heavy rain in the eastern United States as a dynamic storm system sweeps from the Gulf Coast, across the northeast and Atlantic Canada Friday through Saturday.

AccuWeather World Weather Center – March 10, 2022 – More than 150 million people will face some type of impacts from the storm east of the Mississippi River, but the northeast, which received snow accumulation Wednesday following record-breaking heat Monday, should take the brunt of the impact. as the storm rapidly strengthens into a bomb cyclone along the east coast.

A storm becomes a bomb cyclone or undergoes bombogenesis when the atmospheric pressure at the center of the storm drops 0.71 inches of mercury or more in 24 hours. This particular storm will likely far exceed that benchmark, with central pressure expected to drop nearly 1 inch of mercury from Friday night through Saturday night.

From a travel perspective alone, major disruptions are likely on the roads and for those who fly. Flight delays and cancellations are expected and could have ripple effects across the country. Although the snowy portion of the storm will likely only last 8-12 hours and possibly only a few hours in some areas, the impacts will be significant. 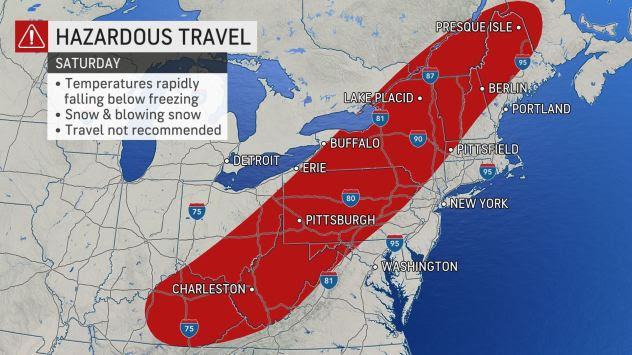 The storm will first form along the central Gulf Coast on Friday evening before turning to the north-northeast and moving up along the eastern seaboard on Saturday. His path will eventually lead him to Atlantic Canada later this weekend. After light to moderate snowfall in the centimeters range in parts of the lower Mississippi and Tennessee valleys through Friday evening, a band of moderate to heavy snow will extend northeast across the Appalachians, including the slopes and valleys extending to the immediate west from Tennessee to Maine. 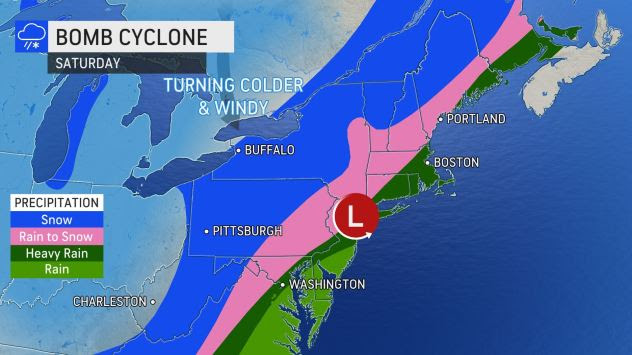 Travel will become treacherous, due to frost alone, in this area, and AccuWeather forecasters are warning that people should avoid travel if possible. Conditions will be particularly treacherous as the heavy snow will begin Friday night through Saturday. Meteorologists say it’s the type of setup that can lead to cars sliding off the roads, major pile-up crashes or potentially leaving motorists stranded on freeways. 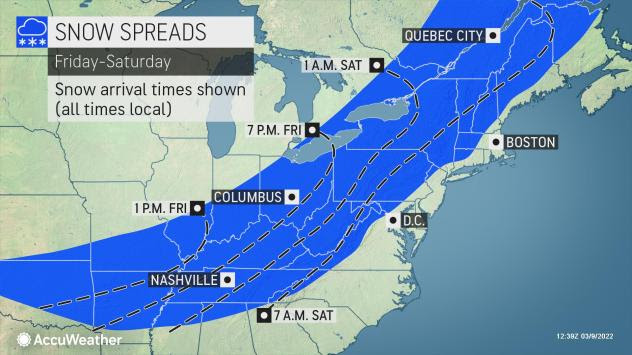 AccuWeather forecasters warn that the dangers of the storm will not go away when the snow subsides. Blowing snow and snow drift will follow the storm as temperatures are expected to dip into the teens and even single digits of the Appalachian Mountains Saturday night in the west and over the northeast interior Sunday night.

AccuWeather, recognized and documented as the world’s most accurate source of weather forecasts and warnings, has saved tens of thousands of lives, prevented hundreds of thousands of injuries and tens of billions of dollars in property damage. With global headquarters in State College, PA and other offices around the world, AccuWeather serves more than 1.5 billion people every day to help them plan their lives and get the most out of their day with digital media properties, such as AccuWeather.com and mobile, as well as radio, television, newspapers and the nationwide AccuWeather Network 24/7. Additionally, AccuWeather produces and distributes news, weather content and video for more than 180,000 third-party websites.